In Holiday & In Luxury Experience 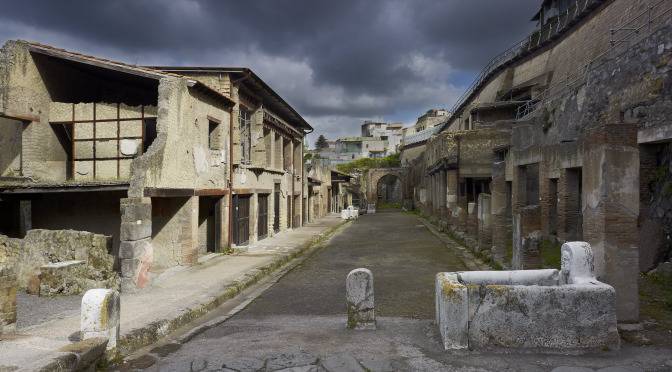 The region of Campania has been inhabited since ever and, as a consequence, there are many archaeological areas to be visited, so this category of tours really is very rich. Some of these tours are very well known destinations,, always part of the itineraries, but besides these ones there are many areas, which are not world famous or so much visited. So even the visitor, who has been here already, has the opportunity to see something new but however interesting. This category includes, besides the ruins, the museums where most of the findings are kept, therefore fulfilling the archaeological interest. Tour 1 ERCOLANO AND OPLONTIS Ercolano was a holiday resort at the Roman times, so famous for its namesake, Hercules, beautifully located at the foot of Vesuvio. The city was submerged in 79 A.D. by mud slides, leaving us an extraordinary amount of material witnessing its daily life. Oplontis was the residential villa which belonged to Poppea, Emperor Nero's wife, buried by the 79 A.D. eruption as well and shows its visitors an extraordinary amount of perfectly preserved frescoes decorations. Tour 2 PAESTUM AND VELIA Greek colonizers since the 11th century b.C. travelling around the Mediterranean founded in southern Italy some of their most flourishing colonies, like Paestum and Velia, both located in the most southern part of Campania. Paestum has the most beautiful and best preserved Greek temples of continental Italy, the best example of Doric archaic architecture; Velia was a sophisticated philosophical city and has the only Greek gate with a round arch.